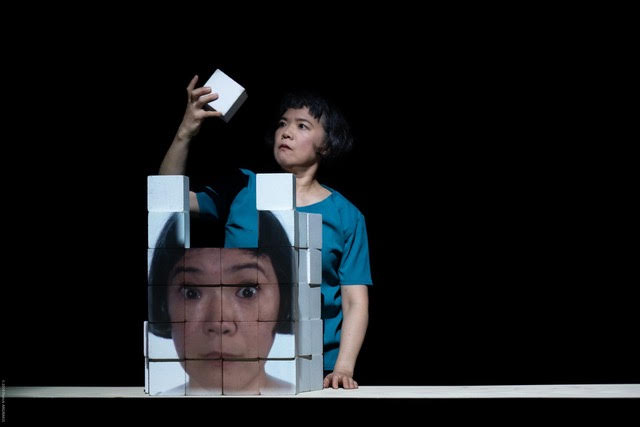 Yasuyo Mochizuki is an actor, performer and teacher.

After a degree in dance education in Japan, she worked as a mime, dancer and clown. Coming to Paris in 1997, she trained at Ecole Lecoq ,Théâtre aux Mains Nues (puppetry) and Theatre du Mouvement (corporeal mime).

As an actor, she played  for The Elephant Vanishes, Shun-Kin, Strange Poetry and The Master and Margarita with Complicite. In France, under the direction of Alain Olivier: Les Félins m’aiment bien, and with Beborah Warner: Julius Caesar…

She is assistant director of Yoshi Oida for Barlaam and Josaphat.

Yasuyo is active as a pedagogue since 2006 and leads workshops in different countries (France, Japan, Ireland, UK, Turkey…) related to body, movement, and theatre. She has been teaching at Ecole Lecoq and Laboratory of Movement Study (LEM) since 2016.

She is a qualified Feldenkrais practitioner and a yoga teacher.

Our explorations with Yasuyo in this workshop will be inspired by the work of LEM – Laboratoire Étude Mouvement – at the Lecoq School.

Universal discovery of the laws governing movement and spaces
The creation of dynamic structures and exploration of materials such as paper, plastic, bamboo
How to put the human body into space
The dynamic of colours and human passions

On the 7th of June at 14.30 CET, a zoom information meeting will be held, where everyone interested in the workshop can participate and ask questions. Please join us!