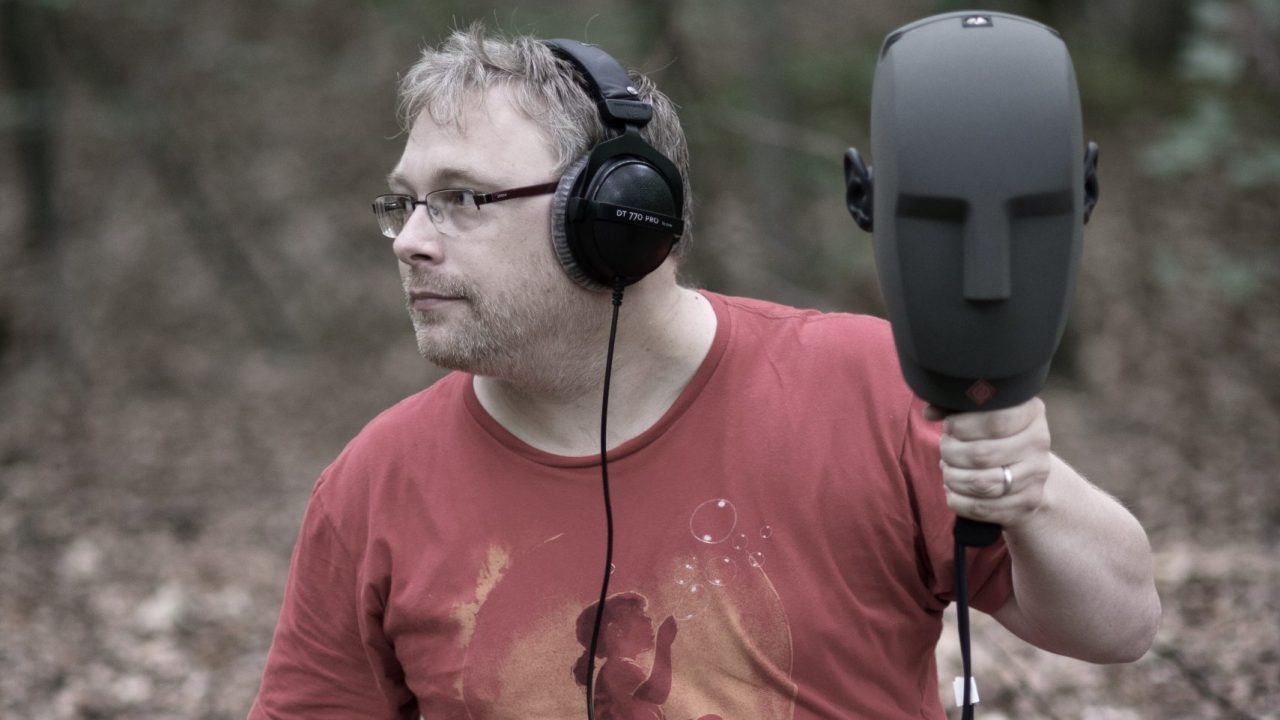 Gareth Fry is a multi award winning sound designer, best known for his cutting-edge work in theatre, and his collaborations with many leading UK theatre directors and companies. He has also designed events and exhibitions, from the V&A’s landmark David Bowie Is exhibition, to being asked by Danny Boyle to design the sound effects for the Opening Ceremony of the 2012 Olympic Games.

He is a specialist in the use of binaural stereo sound, being involved in a number of theatre productions, VR, exhibitions and advertising campaigns, including for Bose, Volvo and Land Rover. HIs work in VR has been featured at the Tribeca, Vienna and Sundance festivals.

For Complicité, Gareth’s credits include The Encounter, The Master and Margarita, Shun-Kin, Endgame, Strange Poetry, The Noise of Time, Mnemonic and The Street of Crocodiles.

In this workshop, we will explore the use of sound and music as a means of creative storytelling, using practical exercises to explore low-fi ways of making sounds to create emotion and space:

On the 7th of June at 14.30 CET, a Zoom information meeting will be held, where everyone interested in the workshop can participate and ask questions